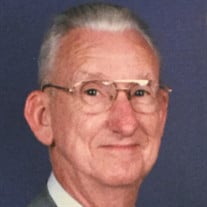 Sidney E Hunt, 85, of Saint Cloud, passed away on Tuesday, February 18, 2020 at South Seminlle Hospital. Sidney was born on August 7, 1934 a son to Sidney and Elizabeth (Pattenaude) Hunt in Wyandotte, MI. He is survived by his loving spouse Barbara, two sons, Jeff Hunt, and Jason Hunt; two daughter-in-laws, JoAnn Hunt, and Amy Hunt; two granddaughters, Ashley Hunt, and Brianna Hunt; grandson, Justin Hunt. Sidney was preceded in death by his father, Sidney Roy Hunt, and mother, Elizabeth Alice Hunt. Sidney Edgar Hunt, was the only son of Elizabeth & Sidney Hunt. He was born in Wyandotte, Michigan. He proudly served in the U.S. Marine Corp from 1955 to 1959, where he traveled to numerous locations all around the world. In the Spring of 1967, he met the love of his life, Barbara Eileen Roark. In the summer of 1968 they were married and, eventually had two children Jeffery & Jason. He worked as a Production Line worker for Firestone-Steel for 30 years and successfully retired at the young age of 48. In July of 1986, they left the lovely cold state of Michigan, and moved to the sunny, vacation state of Florida. There he enjoyed watching his boys grow, doing woodworking, and tinkering in his tool shed. In the summer of 2004, they left the Florida, and moved to the majestic, mountainous state of Alaska. Where he helped care for his granddaughters and have some fun in the snow. In, 2016, they moved back to warm and sunny Florida. His hobbies consisted of playing cards with family, & tinkering in his tool shed. His favorite song was "The Old Rugged Cross". His favorite desert was Cherry Pie. He loved is little chihuahua, “Lily”. He is survived by his wife of 51 years Barbara Eileen, his two sons Jeffery Bryan and Jason Bradley, his two daughter-in-laws JoAnn & Amy Marie, and his three grandchildren Ashley Samantha, Brianna Marie, & Justin Zachary. He will always be in our hearts. Rest in Peace Papa Sid!

Sidney E Hunt, 85, of Saint Cloud, passed away on Tuesday, February 18, 2020 at South Seminlle Hospital. Sidney was born on August 7, 1934 a son to Sidney and Elizabeth (Pattenaude) Hunt in Wyandotte, MI. He is survived by his loving spouse... View Obituary & Service Information

The family of Sidney Edgar Hunt created this Life Tributes page to make it easy to share your memories.

Send flowers to the Hunt family.