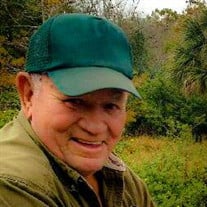 Robert Wayne Collins, 76, of Saint Cloud, Florida went to be with the Lord and his beloved Hattie Lee Collins on Saturday January 6, 2018 at his home. Robert "Bobby" Collins was born in Orlando,Florida on February 21, 1941, the son of the late... View Obituary & Service Information

The family of Robert Wayne Collins created this Life Tributes page to make it easy to share your memories.

Robert Wayne Collins, 76, of Saint Cloud, Florida went to be...

Send flowers to the Collins family.