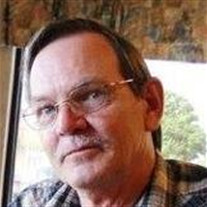 Kenneth Usher was born on December 14, 1952 in Pahokee, Florida to Joe and Grace Usher. He had two brothers, Harry Usher and Michael Usher and a sister Sharon Estes. He grew up in Pahokee, Florida and graduated from Pahokee High School in 1971. Kenny is survived by his wife Diane and their five children. His son Brian Williams and wife Jerry, his son Christopher and wife Christina, his daughter Dinah, his daughter Tisha and husband Buddy, and his son Kevin and wife Jaymie. He was blessed to have 18 grandchildren: Timothy, Christopher, Nikki, Jessica, Clayton, Caitlin, Ashley, Brad, Crystal, Joshua, Kelli, Brandon, Devin, Cody, Chyanne, Mitchell, Allexander, and Jason. He was also lucky enough to be blessed with 17 great-grandchildren. They are Ava, Kyler, Hunter, Madison, Harper, Colton, Braelynn, Mya, Braiden, Isaac, Riley, Avery, Charli, Brentley, Caleb, Amelia, and Natalia. Kenny married his sweetheart on March 17,1976. It was a marriage meant to be. On the day they got their marriage license Diane threw it out the window, that license flew back in the window and landed in Kenny’s lap. This was definitely a sign that that they were meant to be together. Kenny was an officer at the Pahokee Police Department and a long time employee of the Sugar Cane Growers. Kenny was very involved with The Elks Lodge of Pahokee and worked his way up to be the President and we always jokingly referred to him as “The Grand Poobah.” Kenny was the type of man that would talk to anyone and could make everyone he talked to smile. He loved to tell jokes(sometimes not always appropriate) but always with a kind heart. He loved to go fishing, camping, and singing while playing his guitar. He was always known for making up his own lyrics to any tune he could come up with. Kenny left this Earth on July 11, 2018 when he lost his long time battle with COPD. His departure left us all with a large whole in our hearts, but his memories and stories that we share will keep him alive in our hearts. Kenny always referred to himself as “The Great One” and he will always be remembered for being the greatest. We love and will miss you “Great One”, until we meet again.

The family of Kenneth Usher created this Life Tributes page to make it easy to share your memories.

Send flowers to the Usher family.