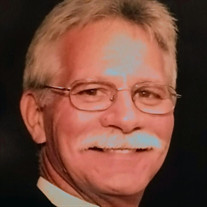 Keith Allen Brault passed away peacefully in the early morning hours of February 12, 2022, with the love of his family surrounding him. Keith was born in Kissimmee, Fla on July 19, 1951 to Lois & Joseph 'Pete' Brault. He is survived by his wife, Terri and their 12yo fur-child & best walking companion Buffy, daughter Shannon, son-in-law Thomas and grandson Weston Bruff, son John and wife Kim, grandchildren Zach & wife Nikki, his great-granddaughter Morrigan & Katie Mahoney(TN), sister Denise (NC), sister-in-law Joanne & step-sons Lloyd and Brandon Welsh(ORL), many adoring cousins(FL & NC), old classmates & his BFF of 54yrs, John. Having a strong work ethic from an early age, Keith took on 2 jobs at 13yo, delivering newspapers and busing tables at the St Cloud Hotel, from 16>18yo he drove taxi for his father's small town business, after school hours. After graduating St Cloud High School in 1969 he joined the Int Bricklayers & Allied Craftsmen Union in Central FL and went on to help build many of your favorite amusement features at Disney World, from 1969 until 1995, including Magic Mtn, Honey, I Shrunk the Kids, Pirates of The Caribbean, Jungle Cruise, Swiss Family Treehouse, and many, many more. After a crushing blow to his work routine from years of heavy lifting, he went on to become a representative for the Int BACU of Central FL for 12yrs until he retired. Keith was known for his LOVE of sports; participating in Little League, Jr High baseball & High School football. He was a HUGE Florida 'Gator' fan, & also enjoyed bowling, lap swimming and weekly rounds of golf, and proudly rooting at Weston's soccor and baseball games, as often as he could possibly get up to TN to attend. He also adored warm homemade biscuits and his Aunt Ruby's blackberry jam, every chance he got when visiting his mother's family farm in Boone, NC. After retiring, he never missed an opportunity for luncheon get-togethers with classmates and friends on a regular basis, class reunions and town gatherings. He was known for many qualities, but most always for his smile and gentle, kind personality. There will be no funeral. However, family and friends are planning a 'Celebration' of his life in St Cloud, which will be announced on Facebook as soon as plans are completed. His ashes will be released from the top of Big Bald Mtn by immediate family, at a future date. In lieu of flowers, donations may be made to his favorite charity, in his honor to: St Jude's Children's Hospital-501 St. Jude Place-Memphis, TN 38105

Keith Allen Brault passed away peacefully in the early morning hours of February 12, 2022, with the love of his family surrounding him. Keith was born in Kissimmee, Fla on July 19, 1951 to Lois & Joseph 'Pete' Brault. He is survived by his wife,... View Obituary & Service Information

The family of Keith Allen Brault created this Life Tributes page to make it easy to share your memories.

Keith Allen Brault passed away peacefully in the early morning...

Send flowers to the Brault family.