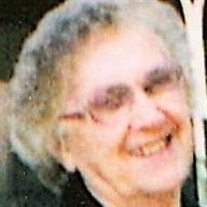 Jimmie Edna Murdock Coker Young of Saint Cloud, Florida passed away at the age of 90 on July 30,2018. She was born February 20, 1928 in Quitman, Georgia to the late Luther and Annie Mae Pierce Murdock. Jimmie was their only daughter and the oldest of five children. She married Austin Lamar Coker and together they had four children. Their door was always open to the many friends of their children. After the death of Austin, Jimmie later married Clyde G. Young. She and Clyde enjoyed traveling but eventually settled down in Saint Cloud where she was able to enjoy her grandchildren. Jimmie was a Proverbs 31 woman, always doing what needed to be done to care for her family. She was a devoted wife, mother and grandmother and her family was blessed to have her. Jimmie is survived by her sons, Wayne Lamar (Margie) Coker of West Columbia, South Carolina and Dennis Keith (Shelley) Coker of Saint Cloud, Florida , her daughter, Linda Faye Coker King, twelve grandchildren, fourteen great-grandchildren and two great-great-grandchildren. She also has one surviving brother, Layton Murdock of Haines City, Florida and a sister-in-law, Minnie Lou Murdock of Georgia who she loved very much. Jimmie was pre-deceased by her parents, both of her husbands, a son, James Franklin Coker, a grandson, Aaron Monroe Coker, and three brothers, Lawrence, James, and Richard Murdock. Services will be held on Friday, August 3, 2018 at 11:00 AM at St. Cloud Missionary Baptist Church officiated by Pastor Rodney Rowe. Visitation will be at the church one hour prior to the service with burial at Mount Peace Cemetery. Pall Bearers will be grandsons, Kyle L. Coker, Austin K. Coker and Eric G. Coker, great-grandsons Caleb S. Jones and Tristen W. Jones, and honorary grandson, Jimmy Valdez. Fisk Funeral Home is in charge of arrangements. In lieu of flowers, contributions may be made to the CornerstoneHospice Foundation, Care Center at ORMC, 2445 Lane Park Road, Tavares, Florida 32778 or Saint Cloud Missionary Baptist Church, 2400 10th Street, Saint Cloud, Florida 34796.

Jimmie Edna Murdock Coker Young of Saint Cloud, Florida passed away at the age of 90 on July 30,2018. She was born February 20, 1928 in Quitman, Georgia to the late Luther and Annie Mae Pierce Murdock. Jimmie was their only daughter and the... View Obituary & Service Information

The family of Jimmie Murdock Coker Young created this Life Tributes page to make it easy to share your memories.

Send flowers to the Young family.