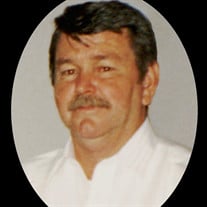 Jerry Davis, 74, of St. Cloud, FL passed away August 14, 2018. He was a local realtor and truck driver. He also founded and owned Floriturf Sod Trucking Company and Osceola Trucking before selling and retiring in 1995. Growing up, Jerry was active in FFA, 4-H, showing cattle and was an excellent horseman. In 1974, seeing a need for local youth to develop and hone their horsemanship abilities, Jerry decided to hold a small horse show in the pasture beside his home. The response to this show was overwhelming. Enlisting the help of his family, friends and neighbors and along with the donation of land from his brother, they created what would become The Pioneer Trailblazers Riding Club, located in St. Cloud Manor. The club was part of the local culture for approximately 25 years. Jerry was very much an intellectual, with a genius IQ. He was always available to family and friends as they sought his advise on a myriad of topics. He possessed a quick humor and had a nickname for everyone.His greatest happiness was his family. Jerry was preceded in death by his parents, Arthur and Nora Davis and his daughter, Carrie. He leaves behind his wife of 57 years, Robbie, his children, Tracy (Karl) Clements, Jerry Davis, Jr. both of St. Cloud, FL. Shawn Davis, Oviedo, FL, his grandchildren, Garrett and CarrieAnn Clements, Olivia Davis, all of St. Cloud, FL, Tyler Davis, Jackson Hole, Wyoming, Sarah and Amanda Davis, Oviedo, FL and one great-grand daughter, Regan Davis of Jackson Hole, Wyoming. Sister, Shelby Grant of Hutchison Island, FL. , and his Brother, Arthur Davis of St. Cloud, FL as well as many nieces and nephews who were like grandchildren to him.

Jerry Davis, 74, of St. Cloud, FL passed away August 14, 2018. He was a local realtor and truck driver. He also founded and owned Floriturf Sod Trucking Company and Osceola Trucking before selling and retiring in 1995. Growing up, Jerry was... View Obituary & Service Information

The family of Jerry Edward Davis SR. created this Life Tributes page to make it easy to share your memories.

Send flowers to the Davis family.