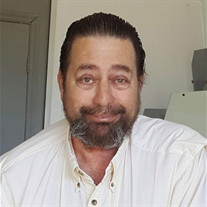 Howard “Jay” Nestle, born July 21st 1957 in Monticello, New York passed away on Thursday November 21st 2019. Loving husband of 40 years to Melinda Sellers. The most amazing father to Jake, Jared, and Jodi. Known to many as Coach Jay from his years with Saint Cloud Little League. Owner of Osceola Glass and Mirror. Thorn in the side of Hard Rock Casinos everywhere and a friend to all that were ever within ear shot of his laugh. Jay was born to his father Harold “Sandy” Nestle and mother Adele Cohen. His father served as an aircraft mechanic in the air force for 20 years-leading to Jay traveling all over the world as a young child. Jay thoroughly loved these travels and was especially fond of the time his family spent in Guam as well as the Philippines. He would always tell stories about these places; how terrible it was to golf on Guam and described the island to be the ‘just one big rock’; that literally every single thing only cost a quarter; toads the size footballs, and if you weren’t careful running through the fields one would take you out; and his favorite of all to reminisce was the wild carabaos he would ride home from school in the Philippines (a story Melinda still rolls her eyes at). When Jay’s family returned to the states, in his teenage years, they split time living in both Maryland and Florida. Jay spent many of his summers in New York living in the apartment above his Uncles glass shop. It was there Jay learned the trade of glazing, and attained the skills he utilized to open Osceola Glass and Mirror in the 1980’s. Jay and Melinda first met in their 7th grade band class- a short-lived meeting as she saw Jay as quite the nerd. They continued on separate paths until several years later when friends re-introduced them. This led to Jay renting a room in Melinda’s house where they became good friends and eventually began dating. It wasn’t until months later looking at old yearbooks that they realized they had met many years before in that band class. Due to Jay growing up in cities or on army bases he didn’t have the slightest clue about horses or farm life. He could however see just how happy Melinda was with her horses and decided that he would learn that lifestyle to make sure she could enjoy it for many years. Jay and Melinda spent the next 40 years together building an amazing life. He was a selfless and devoted husband doing everything he could to give Melinda her dream life. Jay was an unbelievable father to Jake, Jared, and Jodi, always making time to meet there every need. From coaching their little leagues teams, building tree-forts, teaching them to drive, or just giving them fatherly advice-Jay was always there for his children and they knew they could count on him with anything. He instilled the values of hard work and a positive attitude into all three of his kids, something they are thankful for everyday and will never forget. They know they couldn’t have asked for a better father and feel that they would be lucky to be half the parent to their children as he was to them. Jay fought an inspiring 3 year battle with metastatic prostate cancer, where regardless of how tough it became he never let his spirit break. He approached every obstacle with an unmatched optimism and enthusiasm, and impressed everyone with how strong he truly was. Jay may have set the record for most hair retained during chemotherapy, and somehow even managed to have the energy to do a few hard rock casino trips immediately following treatment. Jay is survived by his wife, Melinda, sons Jake and Jared, daughter Jodi, and grandsons Lane and Levi. Family and friends are invited to a memorial for Jay that will be held on Sunday, December 15th from 2pm-5pm at the VFW (915 New York Ave. St. Cloud, Fl 34769). In Lieu of flowers the family has requested donations be made to the St. Cloud Food pantry or the local animal shelter.

The family of Howard Jay Nestle created this Life Tributes page to make it easy to share your memories.

Send flowers to the Nestle family.