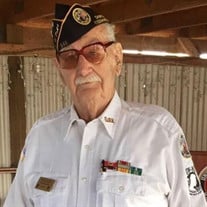 Francis (Frank) Martin Rohman Jr., age 92, passed away peacefully at his home in Kissimmee, FL on June 28, 2019, surrounded by his loving family. Survivors include the love of his life, his wife, Faye Louise Rohman, and three loving families he brought together as one. He was born on June 10, 1927, in Coitsville, OH to parents Francis Martin Rohman Sr., and Naomi (McVay) Rohman, both deceased. Frank began his lifelong service to his country when he joined the United States Merchant Marine as a Merchant Seaman in 1942, where he attended boot camp at Catalina Island and subsequently sailed on a seamen fuel tanker to the World War II battle zone area in the Southwest Pacific. He joined the United States Army in 1944 and attended jump training in Fort Bragg, NC where he was assigned to the 82nd Airborne Division. Jumping a total of ninety-six times, one particular jump involved dropping him behind enemy lines in Germany in 1945 where the 82nd Airborne Division was instrumental in the roundup of over 600 prisoners, followed by a peacekeeping mission involving the evacuation of hundreds of prisoners of war in German camps. Frank returned to the States in 1946, where he was assigned as a drill sergeant at Fort Jackson, SC, followed by an assignment as a cook at Fort Myer, VA in 1947. He attended the cook and bakers school at Fort Meade, MD, completing the course in 1948. By 1950 Frank received orders to report to the 3rd Infantry Division, 9th Field Artillery in Chorwon South Korea where he manned artillery machine guns in the Korean War. In 1952 he transferred to Fort Belvoir, VA to train troops, followed by an assignment as a cook for the Officers Candidate School. By 1955, Frank was transferred to the First Engineer Arctic Task Force at Thule Air Base in Greenland where the US Army developed roads by tunneling through ice-capped mountains. Frank's next assignment sent him to Vincenza, Italy, where he taught military food service at the Asiago School in 1958. In 1961, Frank received orders to report for a second tour in the Korean War, where he was assigned as a cook with the 43rd Surgical Hospital (MA) APO 358 under the 168th Medical Battalion at United States Army Yongsan Garrison in the Yongsan District of Seoul, South Korea. By 1963 he was transferred to the Grafenwöhr Training Area (Tower Barracks) in Northern Bavaria, Germany where he served as a mess steward for the 7th Army Combined Arms Training Center. From 1964 to 1967, Frank served as a diet therapist at Fort Gordon Station Hospital in Fort Gordon GA, followed by a year's assignment in 1968 as a food service supervisor at the I Corps Joint Base in Lewis-McChord, WA. Frank served at the Headquarters and Headquarters Company, 82nd Airborne Division's 4th Brigade in Fort Bragg, NC, where troops awaited orders to engage in the Vietnam War. After a 20-plus-year military career with the US Army 82nd Airborne Division, Frank retired on 31 May 1969. Previously a native to the Youngstown-Struthers OH area, Frank returned to Youngstown where he opened an establishment called Rohman's Gaslight Restaurant and then relocated to Kissimmee, Florida in 1976. Frank was actively involved in the American Legion Post 472 of Youngstown OH, American Legion Post 10, Disabled American Veterans (DAV) Post 148, Veterans of Foreign Wars (VFW) Post 4225 and Fraternal Order of Eagles (FOE) Post 4048 of Kissimmee, FL. Services will be held on Saturday, July 13, 2019, at the Disabled American Veterans (DAV) Post 148, 21 E Keen Street, Kissimmee, FL 34744.

Francis (Frank) Martin Rohman Jr., age 92, passed away peacefully at his home in Kissimmee, FL on June 28, 2019, surrounded by his loving family. Survivors include the love of his life, his wife, Faye Louise Rohman, and three loving families... View Obituary & Service Information

The family of Francis "Frank" Martin Rohman created this Life Tributes page to make it easy to share your memories.

Send flowers to the Rohman family.