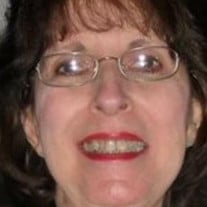 Fay A. Luksteid, 68, of Saint Cloud, Florida passed away on Sunday, December 17, 2017. She was born in New York City, New York on September 29, 1949. Her memories will be cherished by her loving husband, Peter Luksteid; sister, Elaine Vasilas;... View Obituary & Service Information

The family of Fay A. Luksteid created this Life Tributes page to make it easy to share your memories.

Fay A. Luksteid, 68, of Saint Cloud, Florida passed away on Sunday,...

Send flowers to the Luksteid family.