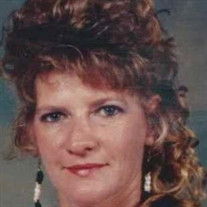 The State of Florida mourns the loss of one of its valued employees. St. Cloud resident and Native American Elizabeth “Betty” Ann Nelson passed away on September 2, 2018. Betty was born on August 24, 1957 in Holland, Michigan. Betty is survived by her husband, Gary Nelson, Commander of The American Legion Post 80; brothers Robert Armstrong (Kelly) of Pennsylvania, Matthew Armstrong (Patricia) of Orlando, and Scott Armstrong (Moonlite) ; daughters Christine Penson (Sandy) of St. Petersburg, Cheryl Martin (Jim) of Pennsylvania, Dawn Gordon (Steve) of Kissimmee, and Charity Healey (Robert) of Holopaw. Betty is also survived by eight grandchildren: Dekowta, Justin, Carlee, Jake, Brian, Bobby, Carina, and Michael. Betty worked for the State of Florida’s Department of Transportation for 26 years. Her most recent position was as an RCI coordinator. After Hurricane Irma devastated the Florida Keys last September, Betty went to the Keys and worked tirelessly to help the State of Florida restore services to that area. Betty served as the President of both the American Legion Auxiliary Unit 80 and the VFW Auxiliary Unit 3227 in St. Cloud several times over the years. She spent countless hours volunteering for both Veterans organizations as well as other civic organizations such as Relay for Life, The Transition House, The Veterans Administration Domiciliary, The Special Olympics, and more, in her hometown. Betty was currently serving as 2nd Vice President of The American Legion Auxiliary Unit 80 St. Cloud, as well as the American Legion Auxiliary’s 6th District Auxiliary Emergency Fund chairman, which she has been for several years. Betty’s contributions to the community and state were extraordinary and she will be greatly missed. Betty and Gary attended Cornerstone Baptist Church, St. Cloud. Visitation will be from 9:30-10:00am on Saturday, September 8, 2018, followed by a Memorial Service at 10:00am in the Fisk Funeral Home Chapel located at 1107 Massachusetts Ave., St Cloud, FL 34769. A Graveside Service will be held in Blitchton, FL in the Blitch Family Cemetery, located at 13288 County Road 326, Ocala, FL 34482 at approximately 1:00pm on September 8, 2018.

The State of Florida mourns the loss of one of its valued employees. St. Cloud resident and Native American Elizabeth &#8220;Betty&#8221; Ann Nelson passed away on September 2, 2018. Betty was born on August 24, 1957 in Holland, Michigan.... View Obituary & Service Information

The family of Elizabeth "Betty" Ann Nelson created this Life Tributes page to make it easy to share your memories.

The State of Florida mourns the loss of one of its valued employees....

Send flowers to the Nelson family.